Wholesale gas prices in the Netherlands and the UK have risen 20 percent recently amid concerns about Russian supplies.

The EU plans to cut its dependence on Russian gas by two-thirds this year and stop importing Russian fossil fuels by 2027. Russia exported about 155 billion cubic meters of gas to the EU in 2021.

The US recently said it would try to supply 15bn cubic meters of LNG to the EU this year. U.S. LNG plants are running at full capacity, and analysts say much of the extra gas the U.S. sends to Europe comes from what should have been exported elsewhere.

The German government called Russia "an unreliable energy supplier". Even though the German government claimed that they have been preparing for the situation for a long time that Russia may stop sending gas one day, experts say it is hard for the EU to replace all of Russia's gas exports any time soon.

The supply and prices of many natural flake graphite will continue to be influenced by international situations.

As a functional filler of coatings, flake graphite is mainly used in anti-corrosion coatings, fire-retardant coatings and conductive coatings.

As an anti-corrosion material, it is an anti-rust primer made of carbon black, talc and oil, which has good chemical and solvent corrosion resistance; if chemical pigments such as zinc yellow are added to the formula, the anti-rust effect is better. 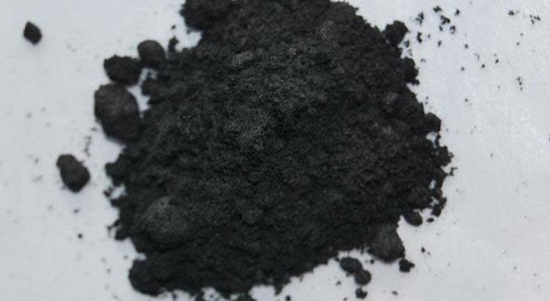 Expandable graphite is used as a fireproof filler, which is a graphite interlayer compound obtained by chemical or electrochemical treatment with natural graphite flakes as raw materials. Under the condition of heat, the volume of expandable graphite expands rapidly (up to 300 times), which suffocates the flame, and at the same time generates expandable materials, which can isolate the flame, delay or interrupt the spread of the flame, and is non-flammable, with good flexibility and high surface energy. , the carbonized layer has good strength. However, the volume and amount of the expansion body should be selected appropriately. The test shows that 150um particles, 30% expansion ratio, and 5% dosage are the most suitable.

The chopped fiber material with good resistance to deformation and cracking is a solvent-free thick-film conductive coating with functional fillers. The coating has the characteristics of anti-corrosion medium penetration, low curing residual stress, good resistance to matrix deformation and cracking, stable construction performance, and long-term static electricity conduction. It can be used for electrostatic conductive coating on the inner wall of crude oil storage tanks. According to data reports, electroless plating technology is used to coat graphite powder with metals, such as copper, nickel, silver, etc. to prepare composite conductive fillers, which are used in conductive coatings in an amount of 30%, which not only has good electrical conductivity, but also has further corrosion resistance. improve.

If you are looking for graphite or lithium battery anode material, click on the needed products and send us an inquiry：sales@graphite-corp.com.

Europe has been facing the gas shortage problem since the second half of 2021. The worsening situation in Russia and Ukraine has reduced Russian gas shipments to Europe, leading to a doubling of European gas prices. Energy shortages have sent electricity prices soaring. For these reasons, it is predicted that the price of the natural flake graphite will continue to increase.